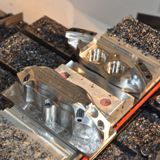 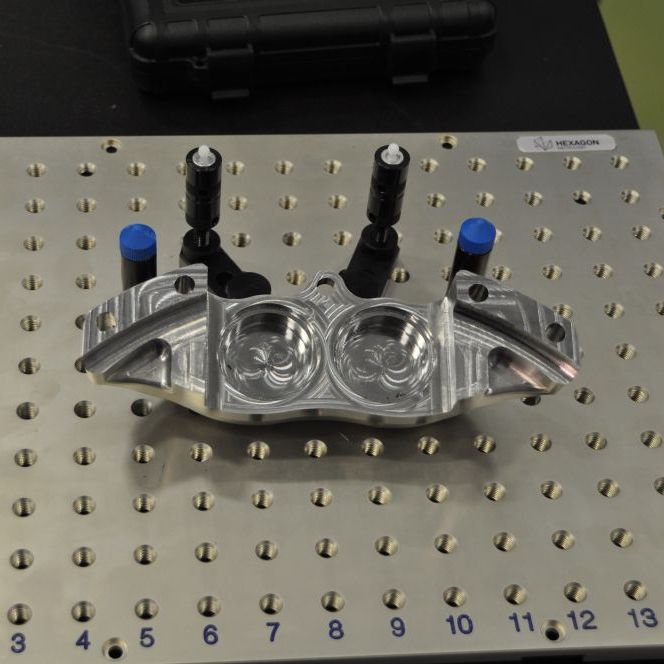 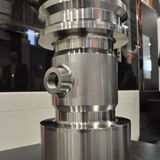 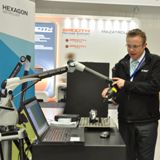 EDGECAM’s “Inspire” productivity event in partnership with Mazak, Sandvik Coromant and Iscar Tools has been described as “industry leaders showing innovative technology.” And delegates learned that tools are now being designed around the CAD/CAM software’s Waveform milling strategy.

The part was inspected with a ROMER Absolute Arm, from Vero’s parent company. Hexagon Manufacturing Intelligence. In a separate presentation, Hexagon Product Line Specialist Jamie Barnett detailed the technology behind the arm, which utilises PC-DMIS laser scanning to produce a point cloud, capturing data to generate an stl file.

The second demonstration showed the Waveform high speed turning cycle on a Mazak INTEGREX i-400, with Iscar cutting tools. Delegates were particularly impressed with the new Ramp Strategy in the rough turn cycle, rotary machining, and 5-axis finishing.

A point echoed by Ross Thatcher, Manufacturing Engineer at Horstman Defence, who says the Inspire event showed how the three disciplines working together provide an overall manufacturing solution. He was also particularly interested to learn how to extend Horstman’s Waveform Roughing capabilities. “We currently only use Waveform roughing for milling, so are now looking to see how it can cut down cycle times for our turning operations, too.”

And delegate Richard Blake, Business Development Manager at GW Martin, says EDGECAM 2016 R1 is a vital aspect of their plans for next year as they expand the business. “Expansion means we need to get more complex components produced quicker, and EDGECAM will play a major role in setting up parts and producing the first off as quickly as possible. Investing in EDGECAM 2016 R1 will speed up our front end programming, meaning faster times for getting new parts into production.”