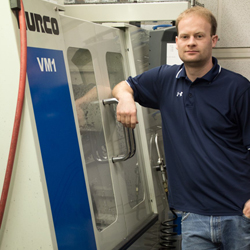 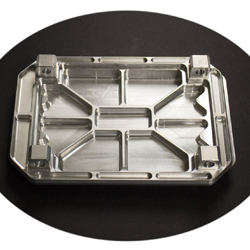 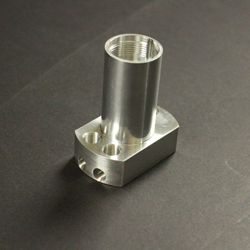 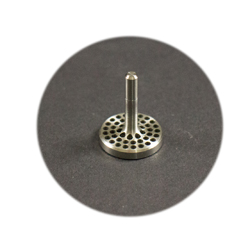 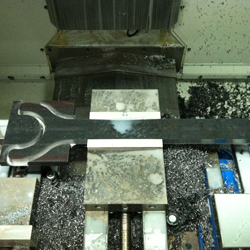 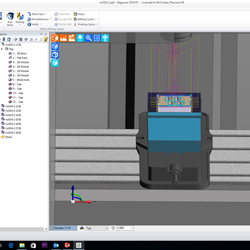 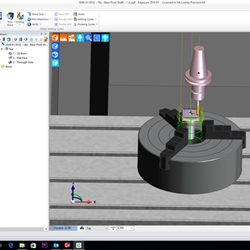 Thriving as a One-Man Shop

Like any professional one-man act, Joe McCoskey is well versed in the art of managing the varied, and often unexpected, demands of manufacturing.

As the McCoskey behind McCoskey Precision Machine, a small-but-mighty shop based in Mill Creek, Wash., he deftly handles a combination of milling and turning needs for a wide range of industries.

“I’m pretty much a one-man shop, and I work with several engineering companies in the area,” he says. “Each of them does something a little different.”

By working with customers to solve design and machining challenges, he fulfills his mission to turn out products of the highest quality while filling a niche unserved by larger manufacturing outfits.

“I do the low-quantity parts that the larger shops don’t want to do,” McCoskey says of his business, founded nearly a decade ago. “I also offer a quicker turn-around and work with the engineers directly to produce better parts.”

McCoskey’s business also serves as a testing ground, as some of his work entails producing prototypes.

“I don’t know what I’m getting until I get it and it’s typically not repeat work,” he says. “I tend to have a lot of repeat customers, but usually not any repeat parts, due to the nature of the work.”

To make his precision parts, McCoskey utilizes a ProtoTRAK™ tool-post lathe that he programs at the machine control, and a HURCO VM1 CNC mill that he programs with the EDGECAM computer-aided-manufacturing (CAM) system, by Vero Software.

“EDGECAM has done a lot to make programing quicker and easier while enabling you to dig deep into the cycles and adjust the machining sequences exactly the way you want.”

“I make parts that require both milling and turning, and I can do the same work as people who have mill-turn machines.”

While he’d used different types of CAM software prior to opening the doors of his business, McCoskey chose EDGECAM because he found it best able to meet his range of job requirements with the greatest precision and ease.

Most notably, McCoskey takes advantage of the EDGECAM Waveform strategy to machine his milled parts.

EDGECAM Waveform, which also offers a strategy for turned parts, is a high-speed machining technique that maintains constant tool load by ensuring that tool engagement into the material remains consistent throughout the cut. By following a smooth toolpath, the cycle avoids sharp changes of direction, which maintains the tool’s velocity for the duration of the operation.

To maintain a constant chip load, the cycle also reduces the number of intermittent cuts, particularly on external regions, which ensures that the the tool is engaged with the material for a longer period, without lifting clear. Traditional cycles typically offset the component until the stock is met, which can lead to the creation of sharp corners and discontinuous toolpath.

“The Waveform is what I use most of the time, because it’s most efficient,” McCoskey says. “It’s also easier on your cutter because it maintains consistent tool engagement and reduces cycle time.”

EDGECAM enables McCoskey to load a module of his mill, complete with kinematics that reflect the true-to-life performance of the machine tool. This allows him to see a complete simulation of the part and the mill during the programming process, before the part hits the shop floor.

“When you load the solid model into EDGECAM, you can easily orientate it for machining and load it in a vice on the machine to actually see your part in the machine,” McCoskey says. “It knows the size of the part and enables me to quickly apply stock with or without extra material.”

Features such as faces, bosses, pockets, and holes, are automatically detected by EDGECAM, but the flexibility of the software allows McCoskey to select only features for which he will generate toolpath. This is especially helpful because he is using both a mill and a lathe to machine his parts, but he wants to create toolpath only for the features that will be machined on his mill.

“I program off the features by selecting the operation I want to do, whether it’s milling, or holes,” he explains. “If I have a part that needs milling and turning, I simply don’t apply toolpath to the turned features.”

EDGECAM also enables McCoskey to easily reload the solid model, and EDGECAM will adjust the toolpath generated to the new model, which is especially helpful when changes are being made to the initial design.

“EDGECAM has done a lot to make programing quicker and easier while enabling you to dig deep into the cycles and adjust the machining sequences exactly the way you want,” McCoskey says. “I also don’t have to worry about the posted code when I run it on my machine, as the code has proven to be reliable.”

“EDGECAM has done a lot to make programing quicker and easier while enabling you to dig deep into the cycles and adjust the machining sequences exactly the way you want.”