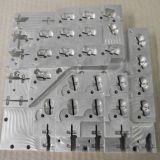 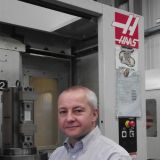 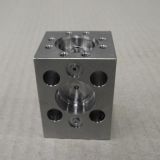 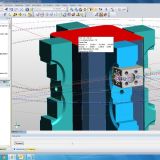 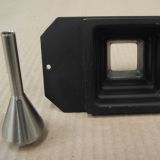 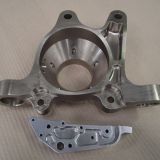 A precision engineering subcontractor servicing a large number of diverse industries uses a combination of unique workholding and EDGECAM software to protect its margins as customers demand price cuts, and material and consumable costs rise.

"EDGECAM is the major player in protecting our margins"

Operations Director Darren Osborne says because of the nature of their work, absolute precision is vitally important. “Without precision we don’t have a business – and EDGECAM gives us that precision.”

Components are used in applications such as connectors for robot arms that inspect the inside of nuclear cores; oil and gas subsea equipment for down-hole drilling and well-head control; suspension assemblies, braking systems and prototypes for the development of fuel efficiency and emission controls for the automotive industry; packaging equipment; camera parts along with stainless steel ventilator tubes and CT housings for the medical industry, and rear wing parts for Formula 1 cars.

Mike Ottolangui, Managing Director of the Norwich-based company, which turns over £3.5m with 38 employees, says the greatest threat to their growth was the nationwide shortage of skilled craftsmen. But since installing EDGECAM in 2012 on the advice of a major customer who are long-standing EDGECAM users themselves, just one manufacturing engineer, Daniel Clements, undertakes programming work that would have previously needed eight people.

EDGECAM drives their 21 Haas machining centres including two 4-axis horizontal mills, and plans are well advanced to bring it in for their 18 lathes.

As well as proving crucial to their development, their innovation in bespoking EDGECAM – particularly with regard to the unique way they work with the horizontal mills – also made a big contribution to them winning the EEF’s South East Business Growth Award and being national runners-up. This, in turn, has led to regular appearances on television’s News At Ten and other ITV news programmes, commenting on relevant political and business issues.

“We thought our way of working with horizontals was common to the industry because it’s so efficient,” says Mike Ottolangui. “But we discovered that no-one else was doing it the way we are.” The complexity of Milltech’s specific requirements meant it took EDGECAM developers around five months to finalise their post processor.

Darren Osborne takes up the story from a shop-floor perspective: “Traditionally horizontals are aimed at the medium to high volume industry, but the way our specially-written post processors, and how we’ve modelled our fixtures and workholding, means we effectively use those machines for one-offs and very small batch sizes. Thanks to our post processor it’s now easier to set the horizontals than the verticals.”

“When we receive a solid model from the customer we look at each element on the drawing in EDGECAM Part Modeller to verify its accuracy, making sure it ties in with the orthographic drawing,” says Darren Osborne. “As we’re using associative machining we may alter the model as well, particularly on bores, to make sure we’re hitting mid tolerances. This is because some designers will come in on the low end and others on the high end, and we want to hit mid tolerance on all the features.” Using the tool store data base, they identify the technology in terms of the materials being used. “I spent our first six months of having EDGECAM concentrating on the tool store, looking at the consumable tools we use and populating the tool store with manufacturers’ recommended feeds and speeds.”

After that they decide whether the component is best suited for a vertical or horizontal mill, because that does affect the method of programming. Once the program is produced they run it through EDGECAM’s powerful simulator to ensure the component is machineable with no crashes. “We save the PPF file on the server and post the program to the relevant machine. It’s populated with any specific instructions including set-up, and the program field may also feature a video of the simulation so the operator can see exactly what’s happening, before setting the relevant datums and producing the component.”

The last word on EDGECAM comes from Mike Ottolangui: “Our customers are demanding price reductions because of the world economy; material prices are increasing; and consumable tooling costs are going up. Therefore we need to be smarter, and do things quicker and more effectively. EDGECAM is the major player in protecting our margins. Looking back on one or two of our important strategic decisions, we can see that our Tricorn ERP system and EDGECAM are the two significant factors in Milltech’s success.”

"Without precision we don't have a business -- and EDGECAM gives us that precision."